Can commercial banks "do" microfinance?

This lesson sets out to introduce you to the different ways in which commercial banks can become involved in micro-finance and the reasons why they may choose not to become involved.

Michael is the Chief Executive of the Traditional Commercial Bank (TCB) in Povertia. One of the Bank’s board members has just called to say he wants a discussion at the next meeting about whether TCB should get involved in this new “micro lending” market. 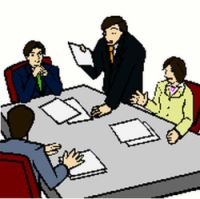 So Michael asks his branch managers to investigate and discovers that they have very differing views. He invites them to present their opinions at the meeting and you have the opportunity to assemble your own views on the pros and cons of a Bank such as the TCB trying to engage with the microfinance market or choosing to stick to their traditional business. A third alternative is then considered in which the Bank might provide funds to NGOs to on-lend to microfinance clients.

What does TCB do? The background and local context of a bank is crucial when deciding on which strategy to adopt and as with most management decisions, there is no right or wrong answer. Compare the options with TCB and then make your own decision!

Teach yourself about micro finance with these free, interactive lessons.

There are 15 lessons so far, and each one should take you about an hour to complete.

If this is your first visit please read the About page - otherwise just click a lesson title to begin.

If you have any comments or suggestions, please click on our Feedback link, or contact the Lessons Manager.. Copyright © 2010, RFLC.